ISEL is the Irish affiliate of FIDE (Fédération Internationale pour le Droit Européen), the International Federation for European Law. FIDE is the leading international organisation dedicated to the research and analysis of European law and its interaction with the national laws of Member States.

Established in 1961, FIDE brings together the European law associations of each Member State, as well as of candidate countries and Norway and Switzerland. As the common umbrella organisation, it is widely recognised by many as having a remarkable role in the development and shaping of both European legal framework and culture, over more than 50 years of existence. 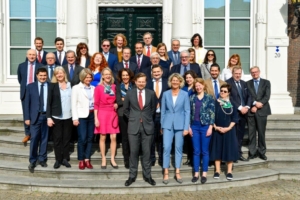 FIDE’s most important activity consists in the organisation of biennial FIDE Congresses and the related publications. These congresses are by many considered to be among the most significant and reputable conferences on EU law, bringing together great minds in the area.

Every year the Steering Committee of FIDE meets to discuss the organisation of FIDE and upcoming Congresses. Representatives of the ISEL attend these meetings to represent the Irish position.

The unique FIDE Congresses typically attract approximately 500 participants from all over Europe and beyond. Here, prominent and internationally acknowledged representatives from the academic world meet with judges and advocates general from the Court of Justice of the EU, as well as leading personalities from the General Court of the EU, national supreme courts and other courts, officials from the Commission, the Council, Parliament, national ministries, as well as practicing lawyers.

Over several days of intense legal discussions and debates, what could be called the elite of EU law, exchange ideas and visions for the development of EU law. The Court of Justice of the European Union supports the Congress by providing professional interpretation services including simultaneous interpretation allowing all presentations and speeches at the Congress to be followed in English, French and German.

FIDE Congresses are also a perfect occasion to exchange views and expertise on EU law and the different national experiences between the various generations of participants outside the Conference sessions in the ancillary gathering events, such as receptions, cultural events, formal dinners and excursions for participants. 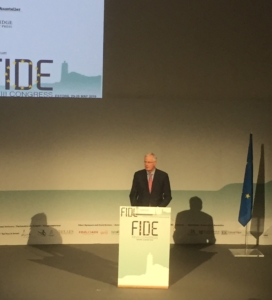 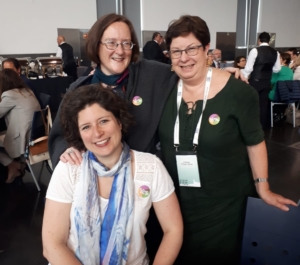 View all
Scroll to top