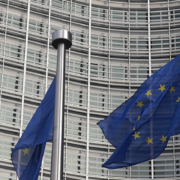 The first weeks of 2014 and the closing weeks of 2013 saw the European Court of Justice deliver a number of interesting decisions.

In cases C-378/12 and C-400/12 Onuekwere, the court concluded that periods of time spent in prison cannot be counted as part of the five years of legal residence after which one is entitled to permanent residence in an EU Member State.

The plaintiff in this case, Mr Onuekwere (a Nigerian national who was entitled to reside in the UK with his Irish wife) sought permanent residence on the basis that his stay in the UK had exceeded five years, despite that residence have being punctuated by a number of prison sentences.

The court further held that even those periods spent at liberty in the UK before and after Mr Onuekwere’s incarcerations could not be aggregated in order to meet the five year requirement.

The rights of gay couples in civil partnerships received a fillip from the Court of Justice’s decision in Case C-267/12 Hay.

Mr Hay, who had concluded a French civil partnership with his partner, sought to avail of certain benefits provided for married employees in a collective agreement negotiated by his employer with employee representatives.

The court concluded that in those member states in which gay marriage was not available (such as France at the time), the denial of such benefits to gay couples in civil partnerships while providing them to married couples was discriminatory and a breach of EU law.

Away from the European courts, the European Commission has been investigating some novel breaches of EU law. In December the premises of a number of consumer electronics manufacturers (including Samsung and Philips) were raided by commission representatives investigating potential breaches of competition law arising from restrictions placed by manufacturers on the online sale of their products.

Such restrictions (known as ‘vertical restraints’) can harm consumer choice and price competition but have not previously been the focus of large-scale enforcement by the commission in the consumer electronics sector.

While the funding received by Spanish football giants Barcelona and Real Madrid from municipal authorities has already been investigated by the commission, the question of public support for professional sports teams appears to be coming closer to home.

The commission is said to be reviewing financial support given by Carmarthenshire Council to the Llanelli Scarlets rugby region and Swansea Council contributing to the costs of developing the Liberty Stadium, home to Swansea City football club and the Ospreys rugby team.

Finally, on January 1st Latvia became the newest member of the euro family, adopting the common currency in place of the lats.

This article by Donogh Hardiman and John Darmody, members of the Irish Society for European Law, was published in the Irish Times on 3 February 2014.

January and February have seen a number of EU law developments.

In Case C-466/12 (Nils Svensson and Others v Retriever Sverige AB) a question on interpretation of EU law was raised by a Swedish court before the Court of Justice regarding press articles written by Swedish journalists which were published on a freely accessible basis on the website of the Göteborgs-Posten newspaper.

On February 13th, the Court of Justice responded to the Swedish court’s request. It concluded that the owner of a website may, without the authorisation of the copyright holders, redirect internet users, via hyperlinks, to protected works available on a freely accessible basis on another site. This is so even if the internet users who click on the link have the impression that the work is appearing on the site that contains the link.

In Case C-367/12, Mrs Sokoll-Seebacher, who wanted to open a pharmacy in Pinsdorf, had her request for authorisation rejected under Austrian law on the ground that no need for such a pharmacy existed within that Austrian municipality.

Also on February 13th, the Court of Justice found that demographic criteria applied under Austrian law regarding the opening of new pharmacies were incompatible with the EU principle of freedom of establishment. By not allowing derogations to take account of particular local conditions, those criteria did not respect the requirement of consistency of application of national legislation.

Even if the national proceedings had no cross-border element, the relevant Austrian legislation was capable of falling within the remit of freedom of establishment since it might also apply to nationals of other member states who may wish to move to Austria to set up a pharmacy there.

Away from the EU Courts, the EU has initiated a number of reforms to increase the resilience of banks and to reduce the probability and impact of bank failure.

On January 29th, 2014, the EU Commission adopted a proposal for a regulation to stop the biggest banks from engaging in the risky activity of proprietary trading.

The new rules would also give supervisors the power to require those banks to separate certain potentially risky trading activities from their deposit-taking business if their pursuit compromised financial stability. In addition, the commission adopted measures to increase the transparency of certain transactions in the shadow banking sector.

On February 4th, the European Parliament approved the commission’s proposal for a directive on criminal sanctions for market abuse (ie, insider dealing and market manipulation in EU financial markets). This would lead to a common set of criminal sanctions in the EU including fines and imprisonment of four years for insider dealing/market manipulation and two years for unlawful disclosure of inside information.

This is the first legislative proposal based on the new article 83(2) of the Treaty on the Functioning of the EU, which provides for the adoption of common minimum rules on criminal law when this proves essential to ensure the effective implementation of a harmonised EU policy.

This article by Alan McCarthy and Aileen Murtagh, members of the Irish Society for European Law, was published in the Irish Times on 3 March 2014.